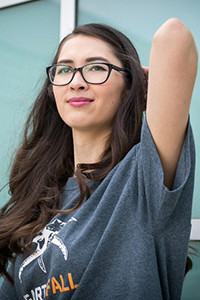 Ovilee May is a broadcast host and interviewer for Riot Games, mainly for the NA LCS.

Ovilee May first worked as a Social Media manager for Team Liquid. She managed all Team Liquid social media channels for their esports teams. Afterwards, from January 2017 she worked as an interviewer and content creator for Yahoo! esports until its closure in June 2017. For Yahoo, she researched and conducted interviews with star players, team staff, and esports admins at major publishers (i.e. Riot Games & Blizzard Entertainment). She assisted with various production and editorial duties there. As of August 2017, Ovilee is working for Riot Games as a broadcast host. She primarily does interviews and sideline reports for the North American League of Legends Championship Series; however, she does major international events as well.
Read More